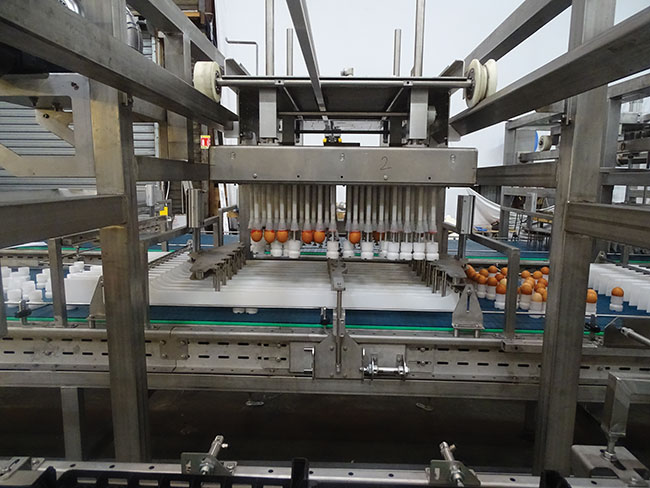 Even though the in-person editions of European livestock trade fairs Space and EuroTier were cancelled, the organizers still presented awards for outstanding innovations. PHOTO CREDIT: NECTRA

Space award winners
Each year, European livestock producers gather in Rennes, France, to check out the latest innovations for their sector. This year, like many in-person events, Space was cancelled. The organizers had put much effort into selecting the Innov’Space award winners, so they decided to present them in a virtual event in late September.

Orvia’s SOC is an in-ovo sexing technology for the duck industry. Photo: Orvia

As an active part of the foie gras value chain, Orvia has been involved with in-ovo sexing research since 2010. As a result, the French company developed the SOC machine, which allows producers to distinguish males from females through the colour of their eyes. Females have red eyes, while males have black eyes. The non-invasive procedure is quick, reliable and done at the embryonic stage through the shell without impacting its integrity. Using advanced optics technology, SOC is 95 per cent reliable. Orvia received the most prestigious award, three stars, for this innovation. It was the one three-star award given in 2020.

In-ovo sexing for Muscovy and mule ducks
Manufacturer: Grimaud Frères
In an effort to improve animal welfare in the sector, Grimaud Frères developed a method for in-ovo sexing that can detect the sex at the embryonic stage. The French company’s Lunix technology uses spectrometry analysis to analyze embryo sex on the ninth day of incubation, explained Julien LeBlond, marketing and communication director. The process is non-invasive and does not impact the integrity of the egg.

LeBlond says their aim is to improve the overall sustainability of the sector by considering societal expectations.  “The main expectation of our sector is to put an end to the crushing of female ducklings that have no breeding outlet,” he said.

Only males are raised in the mule duck sector, and only 50 per cent of females in the Muscovy duck sector.

The Lunix process separates the males from the females. The males are incubated until the end of their incubation period; only females with a breeding outlet are incubated. 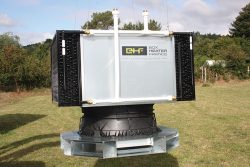 According to the company, the oversized water coil guarantees a high blowing temperature. For example, with an 80/60 water regime and a 35°C air intake, the temperature of the supply air is 60.5°C.

The heater’s air diffusion is adjustable in all directions. It has two flaps, one on top and one on the bottom, placed in the eight air outlets.

Because it was designed for use in the barn, BHF used a low-speed fan to limit noise. The fan does not emit CO2 or humidity in the barn.

Conveyor scraper for aviaries
Manufacturer: AR-TEKH
French company AR-TEKH developed a horizontal alternative manure scraper for aviaries. Owner Loïc Gouret said he developed the innovation when he had to replace his own defective scraper. In Europe, available scrapers use a butterfly wing design. Often, the scraper gets stuck with manure and eventually stops altogether.

The scraper consists of a drawer with a horizontal tipping shutter that closes when it moves forward and opens when it backs up. Unlike the butterfly scrapers, the AR-TEKH model is operational as soon as it advances without requiring a significant distance of opening.

Gouret said his model makes several improvements over traditional scrapers. It uses a new drive unit with a strong chain that is able to support 2,000 kg-traction power and moved by a strong gear motor. The connection between scrapers is rigid, and scrapers can be easily removed or replaced without the use of a tool.

AR-TEKH received one star for its conveyor scraper.

Inedia xenosensor
Manufacturer: Biodevas Laboratories
Feed contamination by mycotoxins is a major issue that impacts livestock performance. To address this problem, Biodevas Laboratories developed Inedia, a 100 per cent natural phytogenic additive that manages mycotoxins by raising the tolerance thresholds of animals through the stimulation of the xenobiotic metabolism.

Entirely assimilated by the organism, Inedia maintains zootechnical performances in the presence of mycotoxins through a combination of two actions. It manages oxidative stress by inducing the stimulation of endogenous antioxidant enzymes that are required to maintain the structural integrity of the digestive and hepatic systems. And it stimulates and produces the enzymes involved in the metabolism of xenobiotics.

CEO François Blua was pleased by the recognition. “This award underlines what Biodevas Laboratoires proves can happen every day, the possibility for farmers to combine both economic and ecological performances,” he said.

Inedia is currently being registered in Canada.

EuroTier award winners
Every second year in November, producers head to Hanover, Germany, for EuroTier. It is the largest trade event for livestock production in the world. The in-person event was cancelled and replaced by a virtual event, which will take place February 9 to 12. EuroTier announced its innovation award winners at a preview event in November. Two of the eight awards went to innovations for the poultry sector. 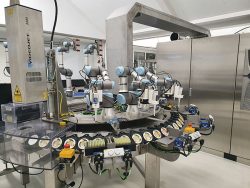 In-ovo sex determination is regarded as a possible alternative to culling day-old male chicks. Previous detection methods, including the SELEGGT Acus sampling system, were only partially automated and came with risks. Injuring the allantoic membrane with the sampling needle, for instance, reduced hatching rate, and the capacity of a single sampling unit was low – around 600 eggs per hour.

SELEGGT Circulus system is being hailed as a significant leap forward, as it is fully automatic and the allantoic fluid samples are generated in a non-invasive way. Cleaning the sampling needles is, therefore, no longer necessary, and the sampling time has been reduced to just one second per egg. In a three-shift operation with 20 hours of operation per day, one SELEGGT Circulus sampling unit has a weekly capacity of 360,000 hatching eggs. 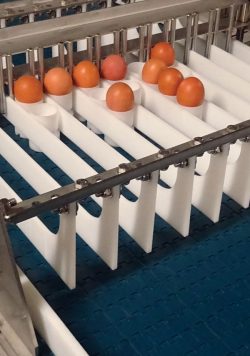 When hatching eggs from broiler parent livestock farms are delivered to central hatcheries, before being placed in the incubator they are sorted according to quality and weight. Eggs that are not positioned with the blunt end up have to be turned in the tray. This leads to a high number of incompletely filled trays that have to be manually refilled. Often, the eggs are transported on conveyors where they sometimes come into contact, resulting in damaged shells.

In this new system by NECTRA, the eggs are transferred from the delivery trays to egg-moving cups that move freely on a transport conveyor. Here, the eggs are automatically and individually sorted according to quality and weight, and turned if they are positioned incorrectly. The freely moving cups are backed up for transfer to the hatching trays. Unoccupied cups are removed, and the remaining, filled cups are transferred to the hatching trays.

The system significantly reduces the likelihood of damaged eggshells and automates the hatching tray filling process. It also lightens the overall workload and improves hatchery efficiency.