How a gut health program is helping producers. 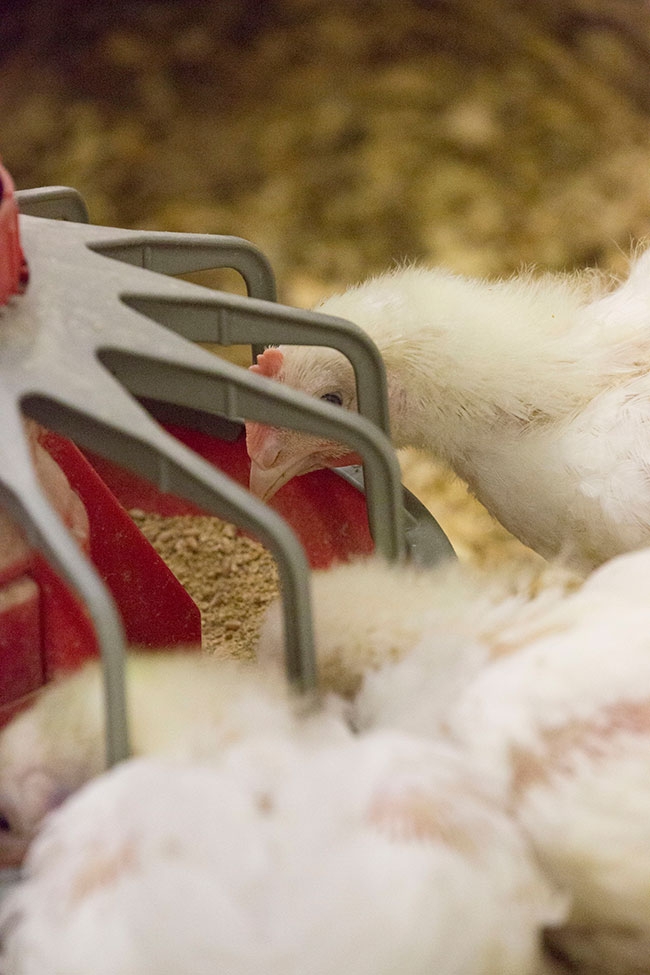 The Seed Feed Weed (SFW) system involves seeding the gut with poultry-derived favourable bacteria, feeding them to promote their growth and weeding out the pathogens. PHOTO CREDIT: Alltech

It’s well known that one of the keys to successful raised without antibiotics (RWA) production is to manage gut health – and that’s best achieved as early in a bird’s life as possible. Establishing a beneficial and diverse gut microflora is not simple, notes John Cooper, poultry technical manager at Alltech U.K., but it’s very possible when producers follow a properly designed feeding and watering management plan.

“You have a sterile chick arriving at your farm and the fastest-growing organisms in its gut which colonize and consequently set up a certain level of gut health for the rest of that bird’s life,” he explains. “If you can help favourable alternative microbes colonize quickly and discourage the growth of pathogens, you will not only protect the bird from disease and reduce or eliminate the need for antibiotics, but you will give the bird the opportunity to put all of its energy into growth and feed conversion.”

The concept of seeding the gut with poultry-derived favourable bacteria, feeding them to promote their growth and weeding out the pathogens was developed many years ago by Dr. Steve Collett, a professor at the University of Georgia in the U.S. A few years ago, Collett teamed up with Alltech and two U.K. companies, St David’s Poultry and Liquid Mineral Service, to create an official program called Seed Feed Weed (SFW).

Seed
Cooper says that while most of the poultry in the U.K. will eventually be produced using some form of the SFW program, in both the U.K. and Canada there are currently some limitations on probiotic use (the seed part of SFW). “This means the major components of the program that can be used right now are feed and weed, with seed used to support good bacteria that are already in the gut,” he explains.

“While poultry producers and hatchery managers in the U.S. have free access to probiotics – and therefore seed is a strong component of the SFW program there – in Canada (where we call it the Alltech Gut Health Management program), we promote beneficial bacteria as soon as the chick gets to the farm using a variety of alternative technologies including probiotics, which are highly regulated.” Cooper believes, however, that as regulations change, the poultry industry in Canada and the U.K. will be able to fully make use of the seed part of SFW. (He also stresses that weed is 80 per cent of SFW success.)

Outside of Canada, some companies administer competitive exclusion products consisting of parental caecal bacteria to day-old chicks instead of probiotics. While they work well, Cooper notes that they are both expensive to purchase and administer. “You may be able to know the total bacteria present in these products, but not necessarily all the bacteria present because of the nature of the mixture,” he explains. “With probiotics, you are getting a product where you know what bacteria are present (for example, Lactobacillus species) as well as how many bacteria are contained.”

The U.K. poultry industry is able to use EU-certified probiotics as well as a competitive exclusion product.

Feed
In the feed part of the SFW system, birds are supplied with a unique mixture of organic acids that foster the growth of beneficial gut bacteria. As the acids don’t clean any of the organic matter out of the water and drinking lines, chlorination is also added in the mixture. In the U.K., organic acids and chlorination can be applied in the water system, but in the U.S. and Canada, application is achieved via an in-line system through equipment like proportioners.

“Through reducing the pH of the water, the organic acids (for example, citric acid) may have a negative effect on pathogenic microbes, allowing good ones to flourish,” Cooper explains. “The slightly acidic environment can be off-putting for alkaline-loving pathogenic bacteria, and it’s very important to control these bacteria in the intestine, as they can travel to the caeca, and generally being protein-loving, they can establish large populations quickly. This will then cause gas buildup, which in turn causes issues when the bacteria get up further into the gut. You should aim for a water pH of 5 to 6.5 to help prevent colonization of dangerous bacteria.”

Weed
In the weed part of SFW programs in the U.K., Canada and U.S., Alltech employs Actigen, which is a proprietary technology that the company says builds natural defences of the bird while maintaining gastrointestinal integrity and stability. Again, it’s all about optimizing beneficial microflora and addressing pathogenic microbes.

Reflections and outlook on SFW use
Cooper believes that, overall, SFW provides an excellent strategy for companies and farmers to achieve RWA production, but that its use requires a farm management style that’s proactive – a change from what he considers was a reactive farm management culture in the U.K.

He adds that while “SFW is a powerful concept, easy to understand and use, which is essential to its success, we must understand it doesn’t quite happen overnight. You are not only working on gut health but also changing the farm/barn microflora from an antibiotic load to a probiotic/beneficial bacteria load. But in the grand scheme of things, it’s quite rapid.

“The change in microflora populations that we’ve seen occurring over the first three to five production cycles in the U.K. and Canada after the program has started is incredible. It really does show how the surrounding environment that chicks are placed into impacts the way they grow and their lifetime health and performance. This program sustains gut health through the way it provides chickens with the tools they require to look after and protect themselves from disease challenges.”

Looking forward, Cooper says there may be refinements or advances in SFW ahead. He feels that way due to research going on in the U.S. and beyond into non-feed methods of providing nutrients and probiotics to chicks. Studies looking at providing nutrients and beneficial substances to embryos in hatchery eggs are another indication change lies ahead.