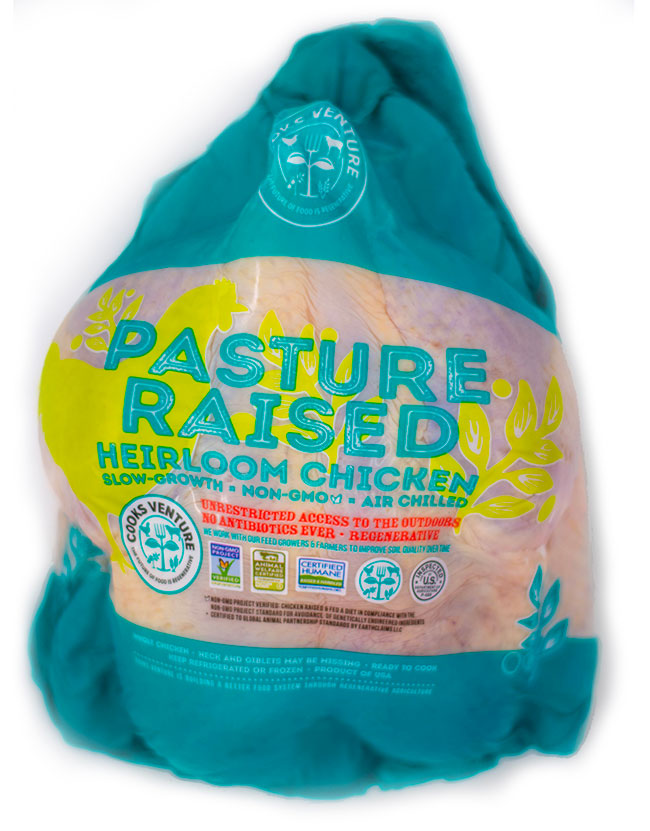 Global Animal Partnership (G.A.P.)’s Better Chicken breeds list is a direct result of a wide-ranging University of Guelph study into slow-growing broiler chickens and chicken welfare that offered fascinating insights into the connections between modern poultry production and bird welfare.

The organization used those study findings to guide development of its Broiler Chicken Assessment Protocol and its initial list of Better Chicken eligible breeds.

G.A.P. first started working on revising broiler chicken standards in 2015, and according to executive director Anne Malleau, the process involved extensive stakeholder involvement with a scientific committee, producers, animal advocates and nutritionists, as well as public comment on proposed standards.

Feedback made it clear that although some issues could be addressed through a welfare standard, others could not – particularly because traditional welfare standards were largely based on growth rate parameters.

“We were hearing that birds are harder to raise and that there were meat quality issues, but we were basing all of our decisions on data that didn’t reflect our program. For example, we are antibiotic-free, so that diet is different from what is used to develop growth tables,” Malleau explains, adding that G.A.P. certifies 416 million animals annually, of which 390 million are broilers.

“And from a consumer standpoint, how do you tell them that 52 grams per day (of growth) is better than 54? That means zero to them,” she says. “There was a fair amount of interest to try and do something about this – and when we first started, we talked about slower-growing birds, but it’s not about fast or slow. We don’t want to turn the clock back to the 1920s and we’re not activists trying to get rid of meat production. We are just focused on animal welfare.”

Scientific approach
Ultimately, that led to a decision to take a scientific approach to the issue. G.A.P. commissioned a comprehensive study led by animal biosciences professor and Egg Farmers of Canada Chair in Poultry Welfare Tina Widowski, who was supported by a team of University of Guelph poultry welfare, nutrition, physiology and meat science experts.

“Overall, we found that many indicators of welfare are directly related to the rate of growth,” noted Widowski in an interview last year.

Faster-growing birds had lower activity levels and were less mobile, and were more likely to have breast muscle damage such as woody breast or white striping, poor foot health and potentially inadequate organ development.

Applying the findings
Following release of the final report in July 2020, G.A.P. sent up a technical working group that included

“We did things methodically; we started at the beginning and worked forward. While we had huge trust and faith in the study, it wasn’t meant to be the only thing we were thinking of and by addressing things methodically, you can get buy-in and engagement and work through issues,” Malleau says. “There is no way that applying 65 variables is an economically viable solution so it’s about nice to have versus must have. Bringing people through that process was very important.”

According to Malleau, the Guelph study results provided metrics to develop a protocol to determine which breeds will have good welfare outcomes without simply relying on the traditional growth rate parameters. All the work was done blind, she noted, so no one had any preconceived notions about the breeds being evaluated and the outcomes could be kept as objective as possible.

G.A.P. is now working on a transition program for its partners to begin switching to the Better Chicken-approved breeds. This will include a label to clearly identify chicken that is both G.A.P.-certified and from a Better Chicken breed.

This will be available in the U.S. this year, but although G.A.P. has Canadian partners in Ontario and British Columbia, those conversations around transitioning to Better Chicken breeds haven’t taken place yet, Malleau says.

“There are many different players involved, and transition (to Better Chicken breeds) will be related to the ability to segregate, processing time and having a market for all parts of the bird. You need to worry about carcass utilisation and processing minimums,” she says.

“It’s different than cage-free eggs where the egg tastes the same; here you will have different taste profiles, so there will be a certain group that will go out as early adopters.”

It’s also going to come with price, with birds growing a bit more slowly and taking longer to get to market, but some of that may be offset by lower mortality and condemnation rates. And with growing consumer interest in plant-based alternatives, animal-free meats, or cellular products, welfare-friendly chicken breeds could play a key role in the industry’s future.

“I think it is a way for the chicken industry to have a sustainable way forward that could help keep people eating chicken, but doing it mindfully and addressing questions and issues we know are there,” she says. “Transition will come in fits and spurts, but we are committed to a sustainable transition and bringing everybody along.”