Features Business & Policy Emerging Trends
How is the turkey industry responding to shifts in consumer demand? 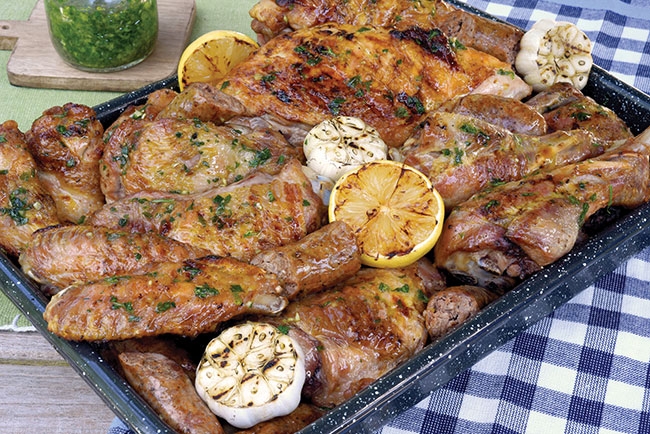 Whole bird turkey sales in Canada have declined quite a bit over the last few years, especially during the last two. Still, the turkey sector in Canada and in the U.S. continues to find success building consumption of other products.

There are many reasons why more families just aren’t having traditional holiday turkey dinners as often as they used to – or at all – including changing demographics and a desire to try new holiday meal options. There is also the fact, as recognized by Turkey Farmers of Canada (TFC), that turkey is simply not a part of diets in some corners of the world and, therefore, some immigrants to Canada just don’t tend to feed a turkey to the family crowd at holiday gatherings. “Household sizes tend to be reducing,” adds Alan Sakach, TFC manager of corporate communications, “so the size of the bird is an issue for many consumers…[but] farmers and processors are responding with smaller-size birds.”

In rural areas of Canada, whole turkeys are also quite expensive. In urban areas, they’ve historically been quite cheap (retail chains have offered them at low prices to get customers in the door for their holiday meal shopping), but that’s changed, according to Sean Maguire.

Nowadays, says Maguire, sales and operations manager at Hayter’s (Hayter’s Farms and Hayter’s Turkey Products) in Dashwood, Ont., big chains seem to have lost interest in offering whole turkeys as a loss leader, and this is yet another factor contributing to the whole bird sales decline. “The big stores have reduced the length of time turkeys are on sale,” he asserts, “and have also increased the price compared to years past.”

However, Sakach notes that, on a per-serving basis, turkey is an excellent value compared to other meats, whether in whole form, cut piece tray packs or deli meats. He also points out that whole turkeys usually provide multiple meals.

Marketing initiatives
In an effort to break through the traditional consumer mindset that turkey is only a special occasion menu choice and to promote Canadian-grown product, TFC has launched the Canadian Turkey brand.

TFC’s research on consumption trends and consumer needs shows that 90 per cent of Canadians want their turkey produced in Canada, and that they view turkey as nutritious, tasty and healthy. TFC is, therefore, focused on engaging consumers throughout the year and not just at holidays, and is enhancing awareness of turkey among three important groups: the main purchasers of groceries (women); health influencers such as dieticians; and ethnic consumers who may not be very familiar with turkey. These efforts involve ongoing relationships with Walmart, Canada Bread, Sopexa Avocados, Weight Watchers and Chef’s Plate, with more firms to come, and involve the promotion of the full range of turkey products.

TFC is also directly promoting turkey through an increased social media presence, including monthly contests, recipe postings, videos, nutrition resources and blogs with easy and affordable meal planning solutions. “Followers on our Twitter, Pinterest, Instagram and YouTube accounts,” Sakach says, “have increased by 18 per cent over the last year…One of our most recent social media campaigns launched in the spring (#timeforturkey) is focused on creating new ‘whole bird occasions’ such as Mother’s Day, graduations and Father’s Day and has generated nearly 29 million impressions.”

TFC also holds regular meetings, as others in the industry do, with producers and processors to more closely understand the emerging market dynamics and increase consumption of turkey. It also works with the provincial turkey boards when possible, which conduct their own outreach.

This year, Turkey Farmers of Canada and some provincial boards are promoting turkey as a great option on the BBQ.

This year, TFC and some boards like the Turkey Farmers of Ontario (TFO) are promoting turkey as a great option on the BBQ. TFO’s Summer Sizzlin contest encourages independent restaurants to include turkey sausages, burgers, tacos and more on their menus, and consumers who order a menu item with turkey in it are entered to win summer-focused prize packs, including a grand Ontario getaway prize. TFO marketing and communications lead Emily Haramule says close to 80 restaurants are involved across the province.

She adds that Ontario Turkey Foodservice Ambassadors also meet regularly with turkey processors, suppliers and foodservice distributors to ensure they stay current with the turkey products available. In addition, these ambassadors attend tradeshows such as the Restaurants Canada Show to engage with attendees about the benefits of turkey, ways of including it on the menu and more.

Back here in Canada, Hayter’s turkey burgers are selling really well. Maguire reports that three years ago, Hayter’s sold 500 kg of burgers every week and now it’s 10 times that, due to both the addition of new retail customers as well as increased demand from existing customers. Maguire adds that ground turkey is selling well, and is now being seen as interchangeable for ground beef. To increase the popularity of cut pieces, Hayter’s is working to produce them from smaller toms so that the pieces are similar in size to chicken pieces. “There is definitely a desire to try turkey,” Maguire says. “It’s something different but not too different. We are trying to keep prices close to chicken, so portion sizing is important.”

To achieve exact consistency in breast meat portions for food service, Hayter’s bought a processing machine for that purpose about a year ago. It now sells significant amounts of these exact portions to meal kit provider firms like HelloFresh and Chef’s Plate.

“The meal kit market is growing quickly,” Maguire says. “The meals are easy to prepare, with ingredients and steps and instructions provided, and they use a lot of ethnic recipes, which helps consumers see the flexibility of turkey. Each company serves thousands of meals a week in Canada, and if turkey is one of five meal options provided, we can have up to 20 per cent of that market.” In total, Hayter’s processes six million kg of turkey a year (from its own farm and its contract producers) to foodservice and retail customers such as Longo’s, Sobey’s and Farm Boy.

Hayter’s also supplies major Canadian foodservice companies that supply institutional markets. These products are mainly turkey breast and convenience items like breakfast sausages and bacon. But Maguire says there is room to be more innovative with packaging and portions.

Canadian Poultry and Egg Processors Council (CPEPC) president Robin Horel adds that fully-cooked products have been a favourite for a while among institutional cooking staff, as these items are easy to prepare and offer advantages in terms of both food safety and inventory management.

Generally, Horel notes that processors are marketing turkey as a lean, high protein, nutritious and versatile meat that is reasonable in cost. “We have lots of supply,” he says. “Our members are marketing whole-muscle turkey bacon, fully-cooked products (tenders, pulled, boneless and bone-in breasts, low-sodium boneless breasts), and uncooked turkey tenderloin, drums and wings and more.”

Sakach says Canadian turkey farmers want consumers to know that turkey is very versatile and adaptable to any cuisine. “We have more than 600 recipes posted to our website, with more added every day,” he says. Visit canadianturkey.ca for recipes, cooking tips and videos.

Turkey production, consumption and export in 2017