Cindy Egg Farmerette: Come what May 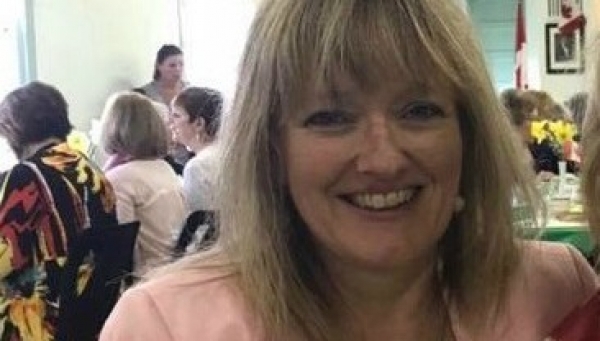 May We Ever Be Finished? Come What May!!!

Since I last wrote, we were deeply entrenched in the construction of the Farmer Automatic Enriched Colony Housing for our next flock of pullets that will arrive later this month.

All of the kids helped with the housing at some point, but my son John put in the most hours. He has an eye for quality and spots if something was put together incorrectly. This can be anything from a missing perch cap to misaligned waterlines.

The feed trough clips, troughing sections, feed chain and feed pans at the ends all had to be assembled in a systematic order.

In addition to the various local neighbourhood young people we had working for us, we decided to take the advice of Clark Ag Systems and get a work crew of men from London to accelerate the building process. These fellows are experienced in putting hen housing together and had worked with the lead, Dennis before.

Nicole, Charlotte and I worked as a team putting the housing doors together, and then installing them on the top two levels.

We made this an enjoyable task by taking turns with who got to be on the scaffold installing them, and the person on the floor fetching doors and pushing the two on the scaffold.

Our barn has three rows of the enriched colony housing and is four levels high. We have space to put in one more row in the future.

Each side of each row must be “levelled” by adjusting the legs under each housing door. Ben worked on getting one side levelled, and Philip has had to do a lot of the rest of the rows.

This job is one of the more undesirable things to do. You have to be on your knees a lot and working just under the housing with an impact drill with a torque bit, wrenches and crowbar. A laser level is a great aid in doing this task.

The wire sections to cover up the top rows had to be installed and fastened securely with plastic zip ties.

More work on the manure ends, manure belts and egg elevators and conveyor was done as well.

The manure belts took 40 minutes to pull with the aid someone guiding them through by pulling a rope to the front and then mechanically pulled to the back with a motor.

Nick worked on making the opening for the conveyor that bring eggs into the pack room and a window for us to have a good view for monitoring the progression of the eggs when they advance into the packing room.

He enjoyed the company of anyone who would assist him (let’s be real, the guy likes having someone fetch things for him—right Charlotte and John!).

Preliminary work on the encasement for the scissor lift and was completed, and we expect to have in-floor heating installed this week and concrete floors poured in the ante room and egg packing room.

During most of April and May, the electricians have been doing the many electrical tasks to make the barn functional and safe. Our last build was many years ago and the rules, rates and safety measures needed to comply for electricians are many and inflated since that time.

I have never watched the weather so closely as I did this past winter and spring. The cold temperatures, snowfall, rain and wind all affect the particular task you are doing in or outside of the barn.

As spring seems to have finally arrived, getting on the land adds to the pressure to get the barn completed.

As a family, we have always wanted to have an open house to egg-ucate people about the direction that egg farming is going.

By 2035, conventional housing has been banned and all egg farmers must have progressed to another form of housing…be it the colony enriched, free run or free range.

We look forward to hosting the Open House together with Clark Ag Systems on Friday May 11.

If my time permits and interest is expressed, Egg Farmerette might be persuaded to write another blog posting after our hens are settled, laying and happily clucking in their new habitat.

CLICK HERE  to read more about Cindy’s experience transitioning from a conventional to an enriched layer barn.