The future of furnished cages in Canada. 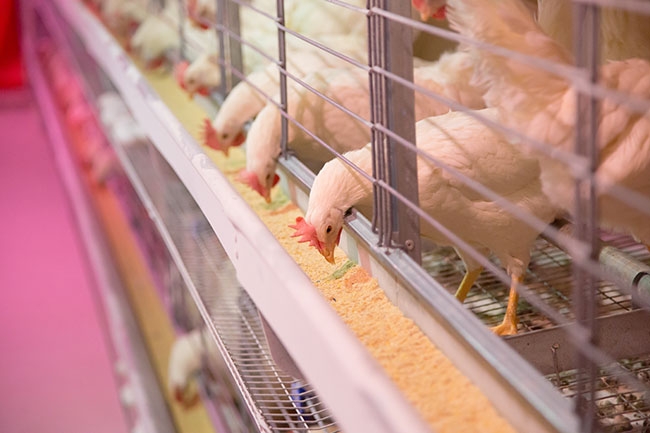 Numerous major North American food makers, restaurants and retailers have formed a united front committed to sourcing only cage-free eggs by 2025. That being the case, it seems inevitable that most producers will shy away from enriched housing as the industry phases out conventional cages.

South of the border, the transition so far to free-run housing has been rapid and widespread, but “the problem is that the market currently doesn’t want this many cage-free eggs,” according to Terrence O’Keefe, content director of agri-business for WATT Poultry USA. In a July editorial blog post entitled “U.S. shift to cage-free eggs causing market disruption,” O’Keefe stated that “it will continue to be a bumpy transition for the cage-free egg market, unless major egg purchasers set and stick to interim goals for cage-free egg purchases.”

Canadian Poultry asked Egg Farmers of Canada (EFC) how much demand there would be for free-run eggs versus enriched colony eggs here in Canada in the coming years. CEO Tim Lambert says only that “we continue to see growth across all egg varieties. Our farmers strive to meet and respond to changes in market demand, and strive for balance – that is, avoiding supply shortages and/or the production of eggs for which there is no market.”

As conventional cages are phased out, Lambert refuses to speculate about which factors will drive a farmer’s decision to switch to either an enriched or free-run housing system (the two most common options). He says producers “will make decisions based on their unique set of circumstances. The trade-offs between enriched housing, free-run, aviary andfree-range production systems are well documented and widely available.”

Canadian Poultry contacted two major Canadian egg companies, but they are also unwilling to give information about the current status and future use of free-run barn housing versus enriched colony cage housing. Both Gray Ridge Egg Farms, based in Strathroy, Ont., and Burnbrae Farms, sole egg supplier to McDonald’s Canada, say the information is confidential. Burnbrae leadership does say “we and the farmers who supply us with eggs are building hen barns according to what consumers are buying and the trend hasn’t changed. We have seen slight increases in purchases of specialty eggs like organic and free-run, but the slight increases have stayed consistent over the years. There has been growth in other housing types. However, the vast majority of eggs sold in Canada are still from hens in conventional and enriched housing systems.”

Manufacturer perspective
For its part, poultry housing maker Big Dutchman is presently seeing a 50/50 split on free-run versus enriched cage installation in Canada, but Canadian sales lead Ron Wardrop adds, “As the regulations have become clear, we are seeing more interest in enriched cages. We see enriched pulling ahead of free-run because it seems to be better accepted by the farmers. Ultimately, the market will drive the changes. Whether we have more free-run [installations] will depend if the market demand continues for the eggs.”

Poultry housing company Chore-Time had no comment about what percentage of its recent installations were free-run versus enriched on Canadian eggs farms. As to the future, layer product manager Frank Luttels says, “We see that the cage farmers are losing their fear for real cage-free systems and are stepping away from the combi-style systems – on the one hand because of the better results in European Union-style aviaries, and on the other hand, because public opinion doesn’t favor systems that are related to a cage. Also, management in EU-style aviaries is easier. More and more farmers are realizing that fact.”

Wardrop agrees that the level of management required to operate either system differs and can be a factor for some farmers. “The free-run can require more management time,” he says. “But the largest driving force is the market requirements and is the market willing to pay the extra costs associated with free-run.” He notes that among the many factors that go into making the decision on cage-free or free-run are the premiums currently being offered by the grading companies long-term for free-run eggs as demanded by the market.

In Luttel’s view, of all the important factors involved in the housing transition decision, farmers should look at systems in terms of what’s good for both the birds and for the farmer. “You are the one who has to work with the system, so if possible, work with it for a day with someone else to experience it for yourself,” he suggests. “That’s important, because you don’t buy just a truckload of steel, you buy an expensive piece of equipment that you have to work with every day for a long time.” He adds, “Price is secondary. The joy of a low price is for weeks, and the joy of a good system is there for many years. Buy from an experienced company that talks chickens and not metal. Also, buy at a company that can help you afterwards with bird husbandry recommendations, which could be very helpful to prevent beginner mistakes.”

Luttels also advises producers to start looking for possible systems early because when you are in a hurry, you can easily make mistakes. Circling back to egg demand, he adds that farmers should also try to get a long-term commitment for the sale of the eggs before they make a housing decision. “It is important to be sure,” he says, “that your investment is also secured for a long time.”