Dr. Hank Classen’s work has been granted honours, and it’s been an interesting journey 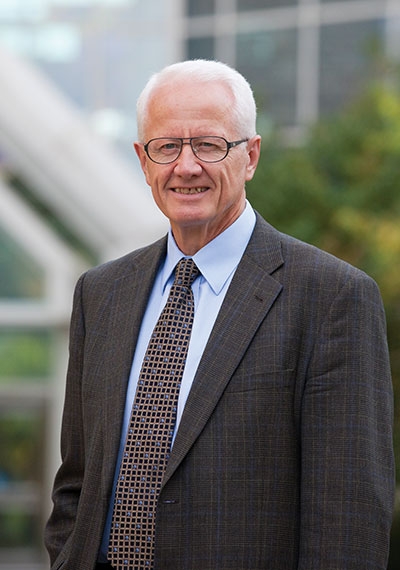 Hank Classen has come a long way and is pleased now to work with other collaborators, technicians and students involved in the NSERC IRC research project.

The good farmland of Aylsham, Sask., is where Henry Classen was born and raised. As the youngest of four boys in a Mennonite family, young Hank knew that his chance of getting any of the family farmland wasn’t good, but what he didn’t know was that his choice of pursuing an academic career in agriculture would lead him down a logical path to success.

Dr. Classen was named Distinguished Professor at the University of Saskatchewan in the spring of 2013 and within a month was also awarded the position of Industrial Research Chair in Poultry Nutrition, leading a five-year, $3.6-million National Sciences and Engineering Research Council (NSERC) research project.

Such an honour hadn’t even dawned on the early teenager when he was tending the chickens, turkeys, ducks and geese for a neighbour, Mrs. Ryba, a quarter mile down the road from his family’s grain and pig farm. It was a key time of influence on the young boy: he discovered poultry.

Classen did his early schooling in Aylsham and Nipawin, Sask., and then finished his last year of high school at Rosthern Junior College, a private Mennonite school. His family core values of hard work are typical of that era and that work ethic has had a strong impact on his life and what he thinks is important.

His father hoped that his youngest boy would pursue a career in banking. After all, his dad thought bankers must have a good life since banks were open only until 3 p.m. at that time. But much to his father’s chagrin, the young man ended up with a B.Sc. in agriculture from the University of Saskatchewan with a poultry science major.

“People can’t always understand where your interests will lead you,” says Classen, but he feels lucky to have loving family members who supported him even though their choices may not have been the same.

Classen’s mentor through his undergraduate degree, Roy Crawford, had done graduate work at the University of Massachusetts, so it was more than just coincidence that his own interest in research took him there as well. By then he was married with a year-old daughter and that’s when he and his young family left Saskatchewan for the first time. With a University of Saskatchewan jacket slung over one shoulder and a pony porta-potty for his little daughter slung over the other, he travelled with his family by bus and train to Massachusetts with all their worldly possessions in 23 boxes, including their pots and pans.

At the University of Massachusetts, Classen did two degrees under the supervision of his key mentor, J. Robert Smyth Jr. With his thesis written, he was quickly accepted for an assistant professor position at Pennsylvania State University, where he worked for one and a half years.

But when a professor at the University of Saskatchewan retired, Classen saw a chance to come home. His wife came with him for the interview but he didn’t tell anyone else, wanting to make the decision without outside pressure.

That’s when the phone in the hotel room rang – it was his Aunt Betty, welcoming him back to the province. “Within a half hour we realized there were no secrets in Saskatchewan,” he says. He was glad to be home. That was 1978.

It has now been 35 years since Classen returned home to Saskatchewan, and as he says, “I’m still here and having fun.”

For Classen, being appointed as Industrial Research Chair is “a big honour that the poultry industry had confidence in me and put a lot of money on the table to make this happen.”

Even the organizing committee questioned if his ambitious mandate meant he was biting off more than he could chew, but organizing 20 studies in poultry nutrition – with three undergraduate, five M.Sc. and four PhD students, two post-doctoral fellows and a professional research associate – while addressing the requirements of nine sponsors, will all follow a logical sequence of events. “It’s the way I like to do research,” says Classen, who expressed great confidence in his team and collaborators.

Funding for the five-year project has been provided through NSERC and poultry industry organizations in Saskatchewan, allowing Classen and his team to study starch and protein utilization in poultry and its potential to affect production, health and welfare.

With this award the University of Saskatchewan will also hire a new poultry scientist, which Classen says is important to the stakeholders in this research as well as to Canadian poultry science research in general.