In CP’s producer-written blog, Cindy Huitema shares her journey from a conventional to an enriched housing facility. 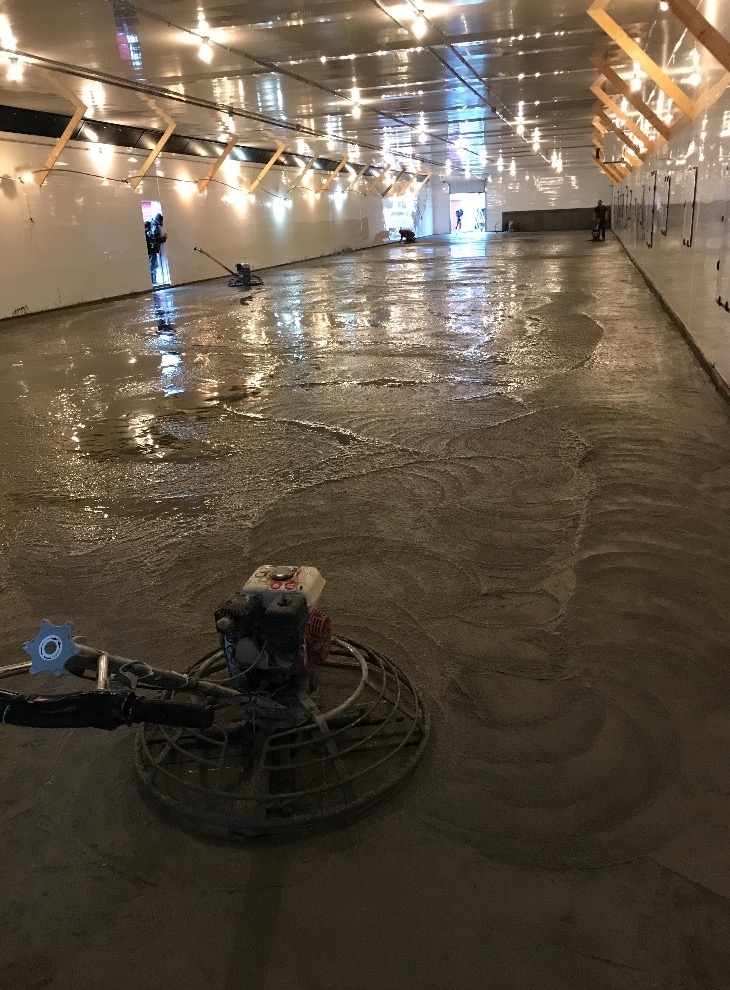 February turned out to begin very cold, more snow and windy. Any work that could be done inside the new barn building was done when temperatures were not frigid. Some days were too cold to get any work done.

The arrangement with the scissor lift was that you pay a weekly rate, and when you have it for three weeks, you get the fourth week free. This is what worked for us.

From February 4 – 6, the insulation got put in the attic. The first day was very mild with the snow melting on the roof causing a steady stream of dripping off the steel roof. This job had two fellows who were experienced in insulating attics completing the work.

We had two overhead doors to be installed – one for the cooler for Burnbrae Farms to do their weekly pick-up of eggs, and the other as a big entrance to the main barn when the birds arrive and then depart after 51 weeks.

Timing for this had to be when the interior was completed so that the doors could be fastened to completed walls and ceiling.

Again, working in a freezing temperature environment had to be avoided.

Both doors got installed February 11 and finishing these up occurred the next weekend.

For the entire month, we were anticipating getting the concrete for the floor poured.

I have never watched the weather forecast so diligently, and part of frustrating February was that we wanted the concrete floor to get poured.

Nick chose a warmer stretch of weather later in the month to start using propane to run the heater to begin thawing the ground.

Preparation work to level the floor for concrete took place on February 23 and continued early in the next week. The weather forecast had sun and mild temperatures for that week.

Once again, loads of stone were brought in, a bobcat brought stone inside, and a roller flattened out the floor to make it level with the help of laser level that was set up on a tripod in the corner of the barn.

February 28 brought a 13-degree day, and the concrete floor was finally poured.

The first concrete truck came by 8:00 A.M. and the last truck load was done by 12-noon. A truck came every half hour. All of this activity brought curious neighbors to sneak a peek at all the action going on.

The next couple days were filled with finishing the concrete with power trowels to give it a smooth finish.

March came in like a lion on the 1st with a snowstorm in Haldimand County, about 15 centimeters of snow, and the first snow day for school kids…. so, we were glad that this big job was done.