Features Bird Management Production a chicken producer in Ormstown becoming the third generation to own the farm. has been working in the chicken barn since he was 10 years old. He officially bought the farm from his dad in 1984 Poultry Production Production Que. Steve Lalonde 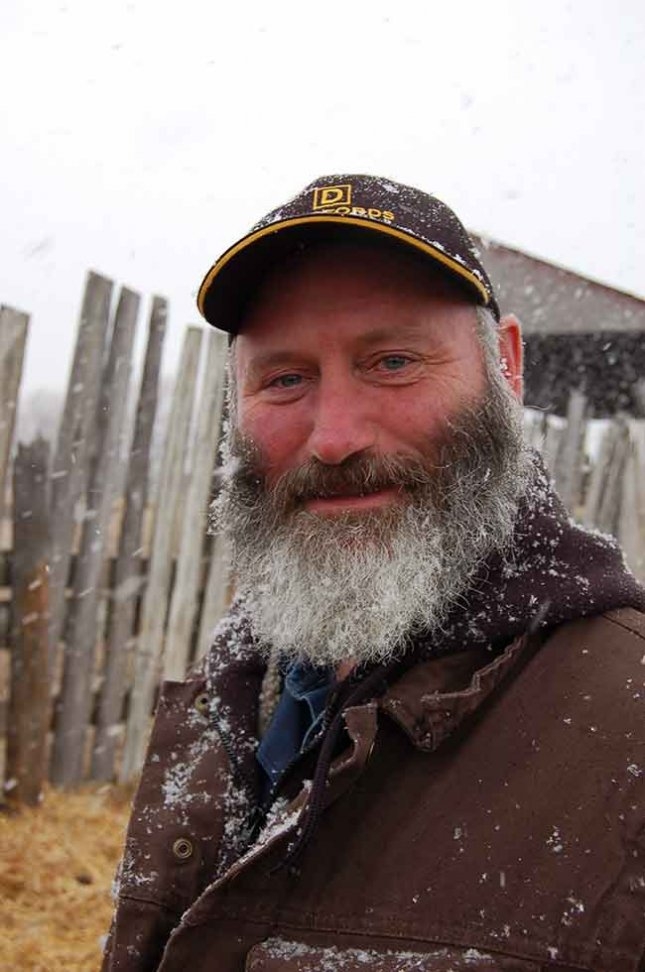 Steve Lalonde, a chicken producer in Ormstown, Que., has been working in the chicken barn since he was 10 years old. He officially bought the farm from his dad in 1984, becoming the third generation to own the farm.

The 80-acre farm is supplemented by an additional 140 acres he rents from a neighbour, which helps him and his wife, Loraine, produce several tons of organic popcorn each year.

However, the heart of the farm is the 28,000 chickens that are raised on an eight-week rotational basis.

“What I like about the chicken industry is how efficient the birds are and that chicken is one of the most popular meats on the market now,” says Lalonde.

Over the last almost 40 years, Lalonde has seen lots of change on his farm, some by choice, and some less so.

In June 2004, the Lalonde’s farm suffered a barn fire where they lost 13,000 two-week old birds, and rather than try to repair, they decided to rebuild the barn.

“At the same time, we evaluated the whole chicken operation,” says Lalonde. Before the fire, they had two barns for chickens, but opted to close the second one because it didn’t meet the required standards and would have taken a significant amount of renovations to be up to par. Lalonde also saw this as an opportunity to have all the birds in one barn.

They opted for a three-storey barn simply because the math didn’t add up.

“There was not enough room in the yard for us to build a two-storey barn long enough for the number of birds we were going to keep,” says Lalonde.

In the reconstruction, Lalonde also put in radiant floor heat on the first storey.

“We felt that it would be easier for us in the future as we were in our 40s. If we were going to keep up with chicken production, we would be getting older and the clean out wouldn’t be as easy for us in 10 years or so,” says Lalonde.

The radiant floor heat means the cement doesn’t sweat, it’s easier to clean out the barns, and Lalonde says the birds seem to enjoy it as well.

“One thing we would have done differently is to add some conventional heat as the heated floor relies on the heat evaporating. While the floor is comfortable it is slow to heat the air on the first floor,” says Lalonde, “it also takes less bedding on the first floor as it acts as an insulator and keeps the heat from rising.”

However, one of the biggest challenges in a three-storey barn was finding the right balconies for the catchers to stand on.

“The first set were our own design and worked well but they soon became obsolete when the trailers used to transport the chickens changed,” says Lalonde. A custom re-design by an outside contractor solved that problem. Finding a way to easily access the middle door on the second storey was another challenge the contractor helped solve.

“I think would have added a couple more 36” fans but the ventilation is still adequate for the population of the barn,” says Lalonde.

Since the new barn has been built, and even before, Lalonde has always done his best to monitor trends in the market, including antibiotic free birds.

“We are very interested in producing antibiotic free birds but we need more information on this front,” says Lalonde. He says he is seeing conflicting reports about the economics.

He is also concerned that if a treatment is required, the premium is lost and the added cost will come out of pocket.

“With the quality of birds we have been getting lately, we have to treat at least two batches a year with antibiotics and I feel the financial risk is too high at the moment. As a small farm, I cannot afford to subsidize the abattoir,” says Lalonde.

He explains that while he’s willing to take the risk, there is no clear gain or benefit and it will most likely end up costing him, rather than advancing, his business.

While the market for antibiotics isn’t currently where it needs to be to benefit the small farm, Lalonde isn’t opposed to the notion in the future. Until then, his chicken farm is complemented by the popcorn business, and it works quite well.

“We are able to use our own straw for the bedding (in the chicken barn), and the manure that the barn supplies is an excellent fertilizer for our fields,” says Lalonde.

Lalonde started growing popcorn just over 10 years ago because it was his and his wife’s “snack of choice.” Since then, they have grown to now be selling seven to eight tons a year, with an ever-expanding market.

He says having the popcorn business offers “added diversity of the farm operation.” They have added a grain cleaning facility to package their popcorn and to be able to clean their own grains for seeds.

“This is a practice that works well on our organic farm. We like to be as self-sufficient as possible and this is just one way we do so,” says Lalonde.

As their popcorn business grows, they plan to maintain the chicken farm until the moratorium on quota sales ends. While Lalonde enjoys the industry, he’s been involved in it for more than 36 years, and there may soon be the chance for someone else to take the reins.